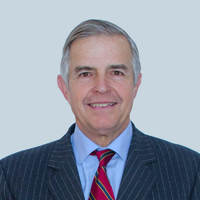 Juan Gómez-Acebo
Secretary of the Board


Juan Gomez-Acebo is a practising lawyer with over 30 years of experience. He began his professional career in the Spanish Public Sector where he served as Spanish representative at the Contracts Group for several years, for the international Eurofighter programme.

After working at a Spanish law firm, Juan joined the international law firm Freshfields as a Corporate/Finance lawyer in 1991. In 1995 he was promoted to international partner, becoming Freshfields’ first Spanish partner. In 2000, he was asked to set up Freshfields’ Real Estate Practice Group and up until 30 April 2014, he served as head of the Spanish branch.

Juan is currently the Head of BDO Abogados’ Real Estate Practice in Spain. He has a law degree from the Universidad Autónoma de Madrid and is part of the legal/audit group at the Spanish Ministry of Defence. He holds a diploma from Wharton School for business studies and has participated in a number of legal seminars.

Juan is regularly mentioned by the international legal directories, including Chambers and Legal 500, as a “leading individual” in Spain for Real Estate Law.