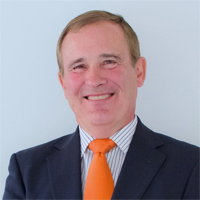 Mr. del Valle has extensive experience in the banking and energy sector. From 1988 to 2002 he held various positions with Banco Santander, one of the most relevant financial entities in Spain. In 1999 he was appointed Senior Executive Vice President and CFO of the bank (1999-2002). Subsequently he was Chief Strategy and Development Officer of Iberdrola, one of the main Spanish energy companies (2002-2008), Chief Executive Officer of Scottish Power (2007-2008), Chief Strategy and Research Officer of Iberdrola (2008-2010) and Advisor to the Chairman of the aerogenerator manufacturer Gamesa (2011-2012). Currently, Mr. del Valle is WiZink Bank Administration Board Chairman; Director of the insurance group Ocaso and Director of the Instituto de Consejeros-Administradores.